Cluj County has a very rich built heritage, but some of the objectives are very degraded and even endangered to completely disappear without urgent consolidation and proper protection. Also, there is no clear database, easily accessible to different users, with all types of heritage existing at local level.

Cluj-Napoca is concentrating ¾ of the total tourists arrivals in the county, while other natural and anthropic resources are underused. While the city benefits from aggressive marketing in recent years, the brand of Cluj County was less promoted.

From the cultural perspective, Cluj-Napoca is probably the most vibrant and dynamic city in Romania, with a very rich event calendar and infrastructure that attracts tourists and maintains a rather high cultural consumption among residents. The rest of the county is contrasting with Cluj-Napoca in terms of cultural infrastructure, agenda and consumption.

The sports infrastructure has also developed mostly in Cluj-Napoca, a city that became the host for most of the major events in Romania in the last 5 years. At town and commune level the infrastructure for mass sports is generally less developed. 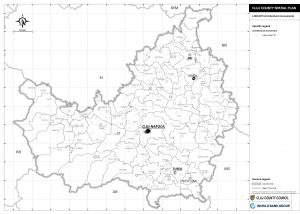 Pictures from the workshop

We use cookies to ensure that we give you the best experience on our website. If you continue to use this site we will assume that you are happy with it.OkNo